Handpicked Music is interested only in getting the latest sounds out there. We do not own the rights to the content, for any infringement issues please contact us.

Claptone Bio:
n a now long forgotten world, many generations ago, a bird like shape emerged from wooded darkness, floating and fluttering, drifting and dreaming. Backlit by a bright glow of iridescent light, the undecipherable form wore a dazzling golden mask. Its long beak swooped down like an inverted horn and since then, people have referred to the mythical being simply as Claptone.
https://www.residentadvisor.net/dj/claptone/biography

Purple Disco Machine Bio:
The sound of Purple Disco Machine describe some as "Deep Funk". In 2009 the project Purple Disco Machine was founded. In recent years, PDM composed many songs, including, "My House", which was published by Off Recordings. The PDM hype was lifted to a new level in the summer of 2013: The track stormed Beatport and reached Beatport Deep House #1 and overall #3 at peak and holds still in the Deep House Top15! Tracks like "Let It Whip" or "I House You" and the numerous PDM remixes were received well on the dance floors. With the latest EP called 'Move or Not' the Purple Disco Machine return to OFF Recordings to infuse us with yet some more dancefloor destroying funk. Both EP tracks 'Move or Not' and 'Street Life' reached the Beatport Top10 after one week and still parking there. In live performances PDM features a creative and diverse mix that is always presneted in a sophisticated and authentic way.
https://www.beatport.com/artist/purpl... 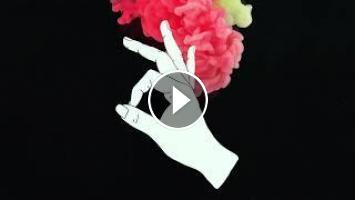